The Department of Elementary and Secondary Education has not reported the ratio of special education per pupil spending to regular education per pupil spending for all districts since 2015. Accommodations and supports for students with disabilities (SWD) increase the per pupil spending on these students and the ratio to spending on other students. The ratio in Andover (dark blue) was calculated for 2017; as this may be different than the calculation used by the state up to 2015, it should not be compared to earlier data. Individual districts that spend significantly less than Andover as a percentage of the total budget (*; p<.01) have both a higher and lower ratios of special education to total spending per pupil. 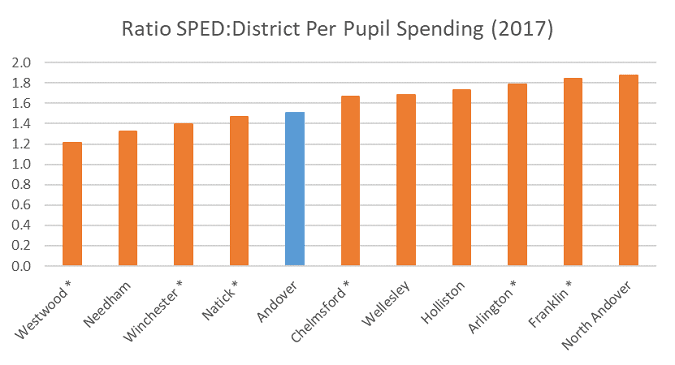 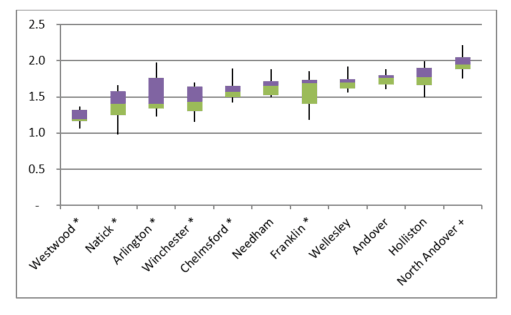